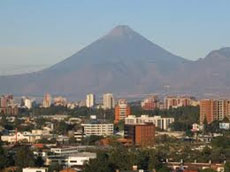 This case is an illustration of how it can be helpful to identify connectors and dividers as part of a conflict transformation process in the context of urban violence in Guatemala. The case study is based on an analysis of a project implemented by the “Asociación Grupo CEIBA”, with the technical and financial support of the American Friends Service Committee. The project began in 2009 and completed its cycle of operations at the end of 2010. The entry point of the project was to install a mobile conflict resolution unit called "Burrita de la Paz" in one of the most violent areas of the city of Guatemala. Over 900 cases were dealt with in a year, from disputes between neighbors to actions to prevent clashes between gangs. 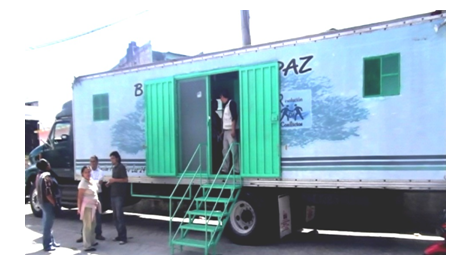 The “Burrita de la Paz” is a truck functioning as a mediation and first aid center. A small group of trained members is 24 hours available to attend violent conflicts in the neighborhoods.

At the beginning of the project, the project team received training in conflict analysis and identifying connectors and dividers. The team conducted "community mapping" of the area; interviews with community members; and finally a workshop to develop steps to implement a peace program.

1. A list of "key messages" to strengthen non-violent responses to conflict in the community.

2. A context analysis that established some potential allies to be part of the peace platforms for dialogue and peace building work.

Upon completion of the project cycle, the local organization in Guatemala joined an ongoing program of urban peace. This was done with the participation of several key players in the community. It reactivated citizen participation processes to work with issues of insecurity and reduction of violent responses to urban conflict. In this case-study we give an oversight of the application of the 4 different steps in this process.

The context was analyzed in two stages the first being to gather information for the preparation of the original project. When the project was started, the new project team developed a process called "community mapping" . The mapping was based on information gathered through:

When the information was completed, the team collected primary data in a single document. Some of the outcomes are described below. 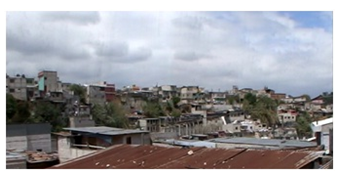 Guatemala City was classified as one of the 10 most violent cities in the World due to the homicide rate per 00,000 habitants. In Guatemala, Central America, the internal armed conflict stopped in 1996 through a peace agreement between socialist guerillas and the army. But today the number of daily murders due to social violence is higher than during the armed conflict. Guatemala is a multicultural country with 22 ethnic and linguistic groups. The main problem in the City after poverty is violence and 6 out of every 10 victims are teenagers. (www.elpais.com 12-01-09). Police statistics also show that 36.85 % of the (city) homicides were committed by young people between the ages of 15 and 24 years old. 14.29 % of the people were killed with fire arms, whilst 616 people were stabbed. 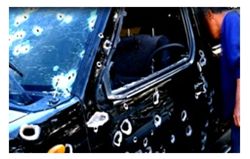 Life in the Down Town Neighborhoods:

The selected case is a neighborhood located in Zone 5. This is one of the poorest neighborhoods in Guatemala City. It is a city with 3.000 inhabitants, 60% of which are women and 40% men. The percentage of adult population in the neighborhood is 10% older than 30 years, while children younger than 12 make up 50 % of the population. Youth, as a social demographic category, are the remaining 40%. Most women start a family at the age of 14-18 years old. The main acts of violence are produced by territorial gang activity and there are five gangs operating in the area (Mara 18, Mara Salvatrucha, Mara Five, Mara Breaks and Mara White Fence). Each gang is of about 25 to 40 members, and they are currently in conflict to control the drug territory ( for crack and marijuana); and the extortion of to bus drivers, businesses and homeowners (AFSC-CEIBA, 2009).

Teenagers do not have a lot of alternatives in education, work and recreation. Most of the population in the selected zone is active in the informal economy. In most homes both parents are working even when their children are still babies, and there is no daycare available with appropriated standards or accessible rates.

Neighborhood organization was not very strong at the beginning of the project in 2009. In the community there is one Catholic church and three Evangelical (protestant) churches. One Evangelical church already has a child sponsorship program. There a soccer pitch but this has to be shared with young people from other neighborhoods, producing more fights.

The local police are mainly concerned with reacting to criminal actions, and despite the high level of armed violence there was no program focused on violence prevention.

Some roots of the conflict identified by the project team in the community are:

According to the theory of conflict and interests, when teenagers do not have a lot of control over their lives, they find other alternatives to exercise power and control. The original interest to satisfy needs becomes an urgency to test their power amongst others, and then the possibility of violence is increased. For this reason, urban participation and conflict resolution are key activities to face the challenges identified in the context of this brief analysis.

CEIBA Previous work in the zone:

To counter this phenomenon, Grupo CEIBA initiated a permanent program for technological training directed at teenagers and community members in information technology (IT) skills. The program is open to community members as part of a bigger program called “Street University”. This program is inspired be the Popular Education Model and includes different activities of informal education and technical training. Many of the young participants have the opportunity to study Graphic Design, Programming, Call Center Operator, robotics and other alternative skills. Through this program, CEIBA was a well known organization in the neighborhoods. Many of the young people from different areas of the zone were working together in this center.

Step 2. Elements of Urban Conflict: Sources of Tension or Dividers:

When the group applied the described steps (mainly the brainstorm), it was easier to classify using a simple technique of matching the issues identified to a bigger theme.

As an intermediate step to prioritize the issues of connectors and dividers, the project team improvised a “Tree” analysis, putting in the leaves and branches the main “effects”, in the trunk, the central problems and in the roots, the origins. So, mixing this technique it was easier to classify the topics or themes of conflict and tension.

Amongst the issues dividing people the group distinguished two main dividing lines: between groups and between generations.

Mainly local youth gangs versus community groups and institutions, “adult” people, local businesses and government. This issue is exacerbated by the drug distribution strategy and the easy access to small arms. Both aspects are an important source of power and money for drug trafficking and gangs.

At the same time, there is tension between two local groups: the Community Development Committee and the Neighborhood Unique Committee.

There is violence amongst children, from adult people towards young people and from young people towards adult people. There is also a high level of domestic violence and tensions between old and new generations of citizens, a strong level of oppression of women; a lack of attention towards childhood and adolescence; and lack of education and recreation opportunities with only a few exceptions.

In this case, the categories used to classify the dividers (and connectors) were not based on physical ones such as institutions, attitudes, values and experiences. Different “levels of the problem” were used as starting point to identity dividers and connectors.

The process to identify the Connectors and Capacities for Peace was almost the same, but there was an extra difficulty:

People that work in the neighborhoods are so familiar with the insecurity situation and crime, that usually they forgot that there are powerful capacities, gifts or skills to build peace.

We discovered a basic pessimistic position in those neighborhoods that are affected by the violence. People don’t see that they are together despite the conflict. There was a lot of solidarity and social cohesion in some cases. It was necessary to reflect on what is going well? What kind of actions are being more and more accepted from the community members?

The main potential for peace in the neighborhood comes from the institutions that make people converge on a daily basis. We pooled three categories of connectors:

Step 4. Defining the starting point to deal with conflict:

After steps 2-3, the team prepared a final discussion about the match between the main connectors and the original idea of the project. The conclusion was that the project is absolutely related with several connectors: on one hand the peace platform is focused on increasing the capacity to collaborate and coordinate actions for peacebuilding. In the other hand, the mediation process and first aid (in cases where conflict became physically violent) are actions focused to approach (mainly) the dividers. But in both cases the actions are related directly or indirectly to connectors and dividers.

Finally, the project team discussed what could be the main “messages” to the community members facing different kinds of conflicts in the community, based on the understanding of the context, tension sources and capacities for peace. The discussion was expressed as: who are we in this community? What is our role? What is the testimony that we decide to show to the community with our actions, words, attitudes and the program?

The project team also asked about the potential “reactions” in case one or more of those cases appear in the community:

Based in these conclusions, the team defined and prepared different kinds of answers to the potential “violent incidents” that could occur during the project actions, to keep the same message through different potential situations: