The conflict in Bosnia-Herzegovina took over 100,000 lives and displaced millions. After the violence stopped in 1995 with the Dayton Peace Agreement, the long process of rebuilding and return began. Part of this process included the emergence of thousands of new organizations aimed at maintaining peace and building a newly democratic society.

In Sanski Most, a small town in the northwest of the country, a couple of individuals who had experienced personal transformations of trauma to healing through the help of professional peacebuilders founded the Center for Peacebuilding (CIM) to help others with their journeys of healing. The northwest region of Bosnia-Herzegovina saw particularly brutal fighting during the war, sometimes between neighbours and former friends, as well as severe ethnic cleansing and detention of civilians in concentration camps. Despite these horrific experiences, few forums to cope with the resulting trauma and work towards re-establishing trust between individuals within communities were established following the war. Furthermore, openly speaking about war-time experiences and associated mental health challenges was and still is particularly stigmatized, creating a black hole in which individuals are not given space or support to work through their trauma. For these reasons, CIM was founded to promote healing, peace and reconciliation in the local population and, more broadly, throughout Bosnia-Herzegovina and the world. 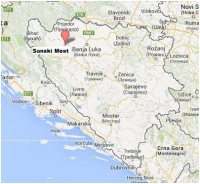 One of the tools that most helped CIM’s founders process their own war-time trauma was the Seven Steps towards Reconciliation, which has consequently become a critical exercise they use to help others address their trauma. During one multi-day workshop, in which this tool was used, CIM brought together vulnerable youth from Sanski Most and the United States. CIM’s founders spent two days implementing numerous exercises with the group in order to establish trust and foster the development of relationships within the group prior to implementing this tool.

First, one of CIM’s founders demonstrated working through the steps of reconciliation by speaking openly about his own personal journey of healing, including when and how he approached each step of the cycles. After sharing his narrative, he urged the workshop participants to think of a personal conflict and its consequent trauma. The conflict could be internal, interpersonal, or intergroup and at any of the stages highlighted in the cycles. After this basic explanation, and providing some time for participants to think about their personal trauma, CIM’s founders asked the participants to move to the life-size cycle mapped out on the floor of the workshop room. Individuals then stood at the stage in which they viewed their conflict. With the utmost sensitivity, CIM’s founders encouraged all participants who felt comfortable to share their trauma and its current stage with the group. It was made clear that this exercise was meant to help the participants process their trauma by speaking it aloud to others who could then “bear witness” and validate the victim. Only those who felt safe and ready to share did so.

During this process, youth from both Bosnia-Herzegovina and the United States opened up and spoke about traumas that haunted them and affected their relationships with others. Some Bosnia-Herzegovinian participants spoke about the affect the 1990s war had on their families, specifically their parents, and how that resulted in hardship in their own lives. Some spoke about being of mixed ethnicity and the complications it adds to their already challenging, post-war identities. The United States youth also had their own traumas to address during the exercise. One young woman spoke about a difficult relationship with her mother while another described being caught in anger towards a friend who had committed suicide.

Participants working through this exercise often experience strong emotions, including those that have been deeply repressed, making their acknowledgement and release of their emotions truly staggering. This exercise is extremely difficult but also transformative. In the hands of experienced facilitators, this exercise provides a critical opportunity to address and overcome past trauma in a safe space. For many participants in the youth workshop, this was the first time they felt safe publically acknowledging and processing their previously unrecognized pain. For others, this exercise provided an opportunity to release negative energy that kept them stuck in place in their cycles without the ability to move forward. All the participants, including those who were not ready to share their trauma, agreed that the exercise provided growth and healing in their personal lives and brought the group closer together.