Peace process in Guatemala : analysis from the view point of peacebuilding.

Work performed under the project : « From War Termination to Sustainable Peacebuilding. A Research and Policy Engagement Project. » (*) 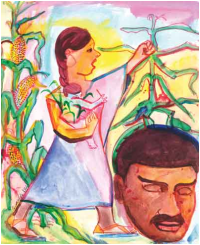 This work has to analyse the peace process in Guatemala within a peacebuilding framework. That’s why that despite of a recall of the negotiations course, the implementation of the Peace Accords is emphasized.

Given the magnitude of the subject, efforts were focused on two types of workers on one hand : women and native people, and on a field on the other hand : decentralization and civil society empowerment policy through Urban and Rural Developement Councils.

The theoretical considerations lie at the debate between minimalist and maximalist prospects experiments of peace process. The analysis of this subject is about knowing if the magnitude of Peace Accords contents and the quantity of objectives to reach is questioning or not the possibility of their implementation.

To give an answer to this question, the study takes into account the major flows in the performance of peace accords, including the inability to implement all commitments to generate economical and financial necessary basis for the State to achieve the objectives of peace.

The argument is that the very nature of agreements required more time for their implementation.

The results of field work are transcribed, and with documentary analysis have build the axes of methodology ; Sont retranscrits les résultats du travail de terrain, lesquels avec les analyses documentaires, ont constitué les axes de la méthodologie ; research has been carried out by actors of indigenous peoples and women’s movements, as well as through the monitoring of some Developpement Concil’s experiments. The study also discusses the dynamics of peace in local and regional level, identifying what were its successes and difficulties.

The macro levelled analysis and micro levelled field studies can propose a series of lessons learned and to say that the potential transformation of the Agreements is real so that these agreements should continue to be part of the agenda the nation in the coming years.

Authors of the dossier :